ALL HANDS ON DECK: TAROT, LENORMAND AND ORACLE CARDS 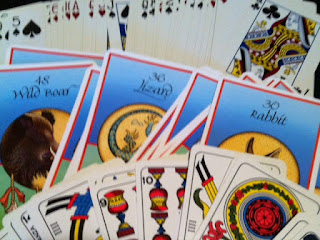 Welcome to The Divination Nation blog!

We are Pleasant Gehman and Crystal Ravenwolf, a duo of divination divas,
“spiritual sisters from another mister”. Both of us are life-long Tarotistas, obsessed with all things esoteric and paranormal. We met and bonded in 2009 on a paranormal investigation onboard The Queen Mary.  We’ve created this blog to share our knowledge and to connect with the vibrant worldwide metaphysical community. Aside from Tarot, we practice many other forms of divination and metaphysical disciplines, including Reiki and energy healing, pendulum divining, dousing, crystal work, soul retrieval, mediumship, house cleansings, and more. We read for clients, write, lecture and teach together as well as working solo. For years, we’ve worked as professional belly dancers, and after our gigs we go on ghost hunts, exploring public and private sites that are reputed to be haunted.  Currently, we’re working on our book walking The Tarot Path.
Since we’d love for this blog to be relevant for metaphysically-inclined peeps at every stage of development from absolute beginners to seasoned professionals, our posts will range from basic concepts and info that many of you are undoubtedly familiar with, to stuff that just might make your head explode!

We hope this blog is as fun for you to read as it is for us to write…Enjoy!

We get a lot of  questions from our clients and curious friends asking what the difference is between the various types of cards used in divination. Quite often, students attending one of our Tarot workshops will come in with an Oracle card deck, not realizing that they have little in common with Tarot…aside from the fact that they’re both printed on card stock! While it’s true that the many forms of divination cards have some similarities, they each have their own systems and traditions. And nowadays, there are so many different types of cards-and so many imaginative artists creating them- it almost adds to the confusion.  Perhaps the following will help you to comprehend the differences- and in some cases, consistencies-in each type of cards.

TAROT CARDS
Undoubtedly the most well-known card divination system, Tarot is probably the oldest, too. Many believe that Tarot has its origins in Egypt, but the oldest remaining Tarot cards were hand painted, commissioned by the Visconti-Sforza family, nobility from Milan, Italy. Though there are many different types of Tarot cards and divinatory systems followed for cards to be considered a “true” Tarot deck, certain elements must be present.

A classic Tarot deck is made up of 78 cards, broken down into the Major Arcana and the Minor Arcana. Composed of 22 cards, the Major Arcana usually signifies larger life events during readings.  It also tells the universal story of the Fool (the first card in a Tarot deck, or number zero) and his journey. The Minor Arcana, like regular playing cards, has four distinct suits: Pentacles, Cups, Swords and Wands. Although some artists get creative and assign different names to the suits,  (such as coins, discs, batons, rods, chalices, etc.) each suit correlates to a different element. Pentacles represent earth, Cups correspond to water, Swords are linked to air, and Wands to fire. Within each suit there are always 16 Court (or Pip) cards- Kings, Queens, Knights and Pages, as well as the  Ace and the numbered cards which follow it.

Tarot cards can be read in both the upright and reversed positions, though some readers prefer not to interpret  the meanings of reversed cards. This seems to be more of stylistic debate, depending on  the preference of the card reader and/or the way they learned.

Also worth noting: with the popularity of  Tarot and the vast amount of cards on the market today, some deck creators rename certain cards. For example: Knights and Pages might appear as Princes and Princesses…but the meaning of the card  still remains the same. Regardless of any artistic liberties, the structure of the Tarot deck remains unchanged. There are countless brands and variations of Tarot cards available these days, from beautiful reproductions of historical decks to wild, post-modern creations and even kitschy  decks and limited edition collectable decks.

LENORMAND CARDS
Lenormand cards are named after the celebrated cartomancer Marie Anne Adelaide Lenormand. Perhaps one of the most storied fortunetellers of all time, she practiced divination through reading playing cards. Born in 1772 in Alencon, France, Madame Lenormand gained recognition by advising Napoleon Bonaparte, among many prominent people, and also wrote a number of literary texts.

Like Tarot, traditional Lenormand decks also have a certain structure, consisting of 36 cards, each with an allegorical image. Many Lenormand decks are imprinted with the pictures of regular playing cards in addition to their symbolic images, which are completely different than Tarot cards. In Lenormand, unlike Tarot, the cards are divided into positive, negative and neutral associations.  Also, in a  Lenormand spread,  divinatory interpretations are not assigned to the positions; instead, each card sort of adds onto other cards, to enhance one another and create a the full reading.

ORACLE CARDS
In the past two decades or so, Oracle cards have become extremely popular, making them the newest or latest form of divination through cards. Oracle cards are unique beside their structured cousins Tarot and Lenormand in that there is no regulated form or number of cards to any deck- that all depends on the artist who created it. Oracle spreads can be laid out in any way that suits the individual card reader. As a matter of fact, it’s safe to say that Oracle cards pretty much don’t have any rules at all! They come in many themes that resonate with a number of disciplines, traditions and metaphysical practices.  For instance, some of the  popular Oracle decks include themes such angels, fairies, crystals and animal spirits.  Many decks also have the meaning of each card written on the face, making them easy for beginners to read in tandem or as a stand-alone single card pulls.

PLAYING CARDS
Cartomancy is the practice of reading regular playing cards. Though it’s believed that playing cards were first used in Central Asia, today’s standard four-suit apparently originates from Egypt, when the Mamluk Turks ruled it. The cards were imported to Europe in the 1400’s. The 52 card deck, including suits of hearts, diamonds, clubs and spades (and Pip cards, the royal or “face cards” within each suit) originated in France, eventually becoming standard in Europe, England and America. Aside from the standard 52 card deck, the 32-card French  Piquet deck is also commonly used for cartomancy.  Reading playing cards is similar  divination-wise to both to Tarot and Lenormand, in that each card has a meaning or correlation, but  the readings are not done in exactly the same manner.
GYPSY CARDS
There are a few types of Gypsy cards on the market today. Some, like Svetlana Touchkoff’s Russian Gypsy Fortune Telling Cards, are their own entity. These beautifully reproduced cards, which the author says were passed down through her family, actually form a puzzle when laid out, and have their own distinct set of images and meanings. There are also a number of Eastern European Gypsy card decks, some with the divinatory meanings printed on the face of the card, often in a few different languages. The traditional Gypsy Witch Fortune Telling Cards were first printed in America in 1903, and became so popular they’ve been through dozens of printings. These cards seem to be based pretty closely upon a combination of Lenormand and playing cards, though they do not use all of the same imagery as Lenormand cards- some pictures seem to be added while others have been left off. An often-heard comment about these cards is that the meanings are kind of macabre…but that goes hand in hand with the sentiments of the post-Victorian Edwardian period, the time these cards were first manufactured. In spite of this (or maybe because of it!) these cards are still in frequent use today.

Some card readers practice just one type of card  divination, while others  dabble in – and master- reading a variety of different disciplines.  In Leonormand and Tarot decks,  the numbers assigned to the cards and their meanings are  considered important; in Oracle cards, they usually are not. Though everyone has their own personal preference,  it should be noted that no one type of card reading is superior to the others, they’re just different.

Remember- no matter what type of cards you select to use or choose to read, they are all valid forms of divination, and can help you connect to your inner psyche and intuition. 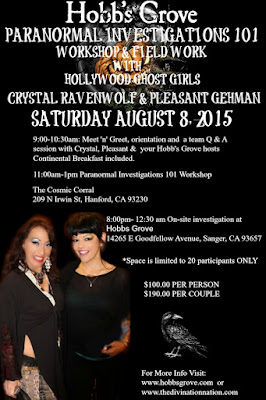 Posted by Pleasant Gehman/Princess Farhana at 10:27 AM